Winter may bring the cold and — depending on where you live — snow, but it also brings tasty, comforting flavors and foods.

And whether you love winter or you’re counting down the days until spring, classic flavors like peppermint, ginger, cinnamon, chai, orange, and cranberry help make the chilly season more enjoyable.

Here are the best ways to savor your favorite winter flavors!

Peppermint is tasty on its own, but pairing this signature winter flavor with mocha makes it even better.

Nix those high-calorie, high-sugar peppermint mochas from the coffee shop in favor of a healthier take on this classic combo: our limited-edition Peppermint Mocha Plant-Based Vegan Shakeology.

This nutritional secret weapon offers the seasonal flavor you crave, along with high-quality protein, antioxidants, vitamins, minerals, and a whopping 6 grams of fiber per serving.

You can also add a drop of peppermint extract and a splash of milk to your morning coffee for tons of flavor, minus the added sugar, says Quyen Vu, Beachbody Culinary Nutrition Specialist. 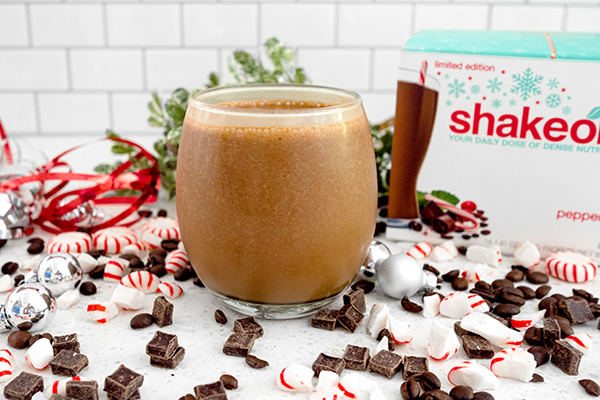 Try these other recipes with peppermint:

Ginger features heat and a pungent flavor, making it a great way to spice up fall and winter produce like sweet potatoes, pumpkin, and winter squash, says Brittany Poulson, a registered dietitian and author of “The Healthy Family Cookbook.”

She suggests adding ginger, along with a dash of cinnamon and nutmeg, to sweet potato casserole, a Pumpkin Spice Shakeology smoothie, or butternut squash soup.

“You could even spice up your beverages with a bit of grated ginger,” she says. Mix it into tea, apple cider, or ‘golden’ turmeric milk.

Ginger also calls to mind classic winter treats like gingerbread. Whip up some Gingerbread Protein Pancakes for a filling, lower-sugar breakfast. It’ll be one of your new favorite gingerbread recipes! 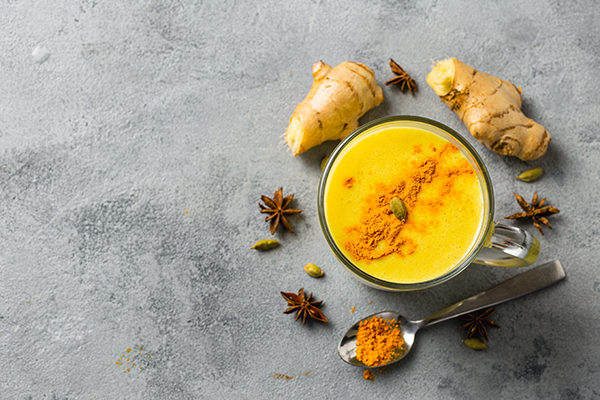 Try these other recipes with ginger:

Thanks to its sweet-yet-spicy profile, cinnamon is a versatile spice. It pairs effortlessly with vanilla and chocolate, as well as other winter flavors like ginger, chai, and cranberry.

Use it to boost the flavor of coffee and oatmeal without adding any calories or sugar, Vu says.

For a healthier dessert, try this Vanilla Cinnamon Chia Pudding, which provides 304 calories, 21 grams of protein, and 10 grams of fiber per cup.

Top it with seasonal fresh fruit, like pears or apples.

Try these other recipes with cinnamon: 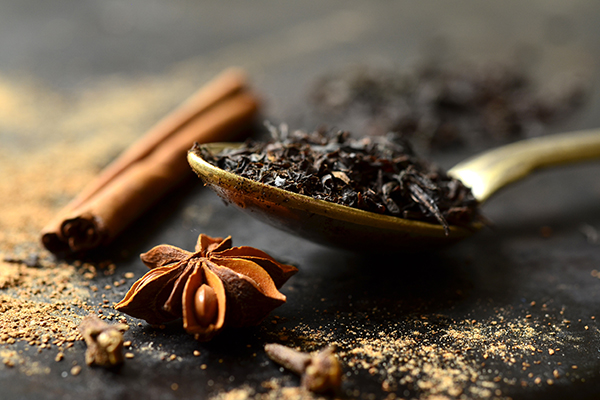 On its own, chai — a classic tea recipe that’s made by brewing black tea with herbs and spices like cinnamon, ginger, star anise, and cloves — is a comforting winter drink.

But it also blends well with milk to create a chai latte, as well as flavors like vanilla, chocolate, and turmeric.

Beyond hot beverages, chai can add flavor to healthy, crunchy snacks. Case in point: This recipe for Maple Chai-Roasted Chickpeas.

Eat this fiber- and protein-rich snack on its own, or use it as a topping for your favorite salads and stews.

Try these other recipes with chai:

Grapefruit, orange, lemon, and lime are versatile fruits that happen to be in season all winter long. You can use not only “the pulp and juice on the inside, but the peel and zest on the outside in cooking and baking,” Poulson says.

Pro tip: “If you like orange juice, you can blend a whole peeled orange with water to make orange juice without added sugars,” Vu says.

And you’ll get the same fiber content as you would if you’d eaten the orange, she adds.

For a more complex drink with extra protein, blend up this Mango Orange Turmeric Shakeology.

Try these other recipes with citrus: 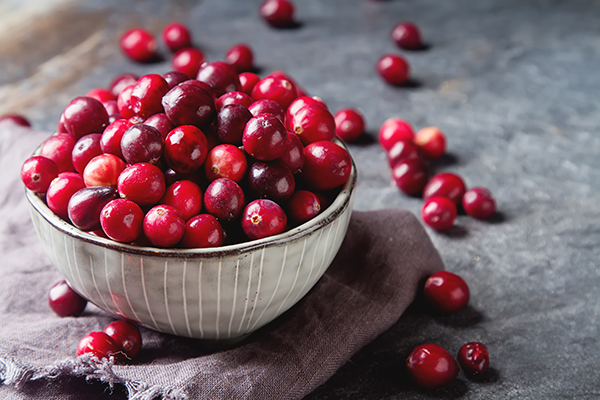 “This small but colorful fruit can be the star in dishes such as relish, cranberry chutney served over grilled pork or chicken, or whole wheat waffles topped with fresh cranberry syrup,” Poulson says.

Prefer a baked treat? Try these Cranberry Bliss Bars, which offer 5 grams of protein and only 169 calories and 9 grams of sugar per bar.

Try these other recipes with cranberries:

The Best Keto Cinnamon Rolls (Only 1 g of Carbs) – Recipe

This Is When You Can Stop Social Distancing, Experts Say

Follow @fat_loss_challenge007 Do you remember your first day in high school? Do …

Doctors Warn “Do Not Get” COVID Vaccine if You Have This...

#FoodshowcaseFriday BLUEBERRIES! if you watched my stories yesterday, you would…